Are you feeling COLD? or are you wanna PLAY?


On 1st of April could be one of those days that I am gonna remember. I went to Singapore to watch Coldplay A Head Full Of Dreams concert. Sometimes we need a spontaneous in life right? On last November 2016 my friend asked me whether to join her to watch Coldplay when the band announced for Asia Tours, of course I said YES hahaha. I have adored the band since I don’t know, maybe junior high, watching MTV could be the coolest things back then, and I watched them singing Yellow and since that time I started adoring their music.

It was been our fourth music concert we watched together with my friend. It turns out that Coldplay is THE BEST MUSIC CONCERT WE EVER HAD. Yes with capital letter!! Hahahaha. I thought everybody loves Coldplay, especially the 90-generation. I do listen to lyrics, and who does not love all Coldplay’s lyrics anyway? Yellow, Fix You, A Sky Fullof Stars, Something Just Like This are several of my fav’s song.

After the hustling bustling at the immigration gates Harbourfront, finally we met at the stadium and it could be the epic one (seems we have not met for a years). But in the end, all is well. We arrived at the stadium just in time before the band performed. How was us during the concert? Sure we sing and dance along, even though we bought a seated ticket. It was just an amazing day after an amazing race for us also. Indeed, our bucket list before we die was already checked; to watch Coldplay’s concert.

The Lyrics & The Music

“When you try your best but you don’t succeed. When you get what you want but not what you need. When you feel so tired but you can’t sleep. Stuck in reverse. Lights will guide you home, and ignite your bones. And I will try to fix you”

Geez, its indescribable feeling when you sing along the lyrics with the entire stadium, the lyrics that could motivate us during down and low. If I could write all my fav lyrics from the band, maybe it will be a long blogpost that I could write.

I thought this is what makes Coldplay’s concert is different with any other, the xylobands. Everyone is given a wristbands that contains LED which can change in any different colors. I think it is a cool one, how the software engineer could control’s the color’s light which supported the vibes in any song the band performed.

The Fireworks & The Confetti

Okay this one maybe could be common stuffs in any music concert, but who does not love fireworks and confetti right? Especially if the fireworks and the confetti are matched with the xyloband’s color spectrum, it was superb beautiful.

I think this is the most surprising one, during the song An Adventure of Lifetime, suddenly many giant balloons are coming in the standing area. It was shocked yet beautiful. Hahaha.


After all, all the vibes are really memorable yet beautiful. Watching Coldplay’s concert included in the to-do-list of bucket list is really worth. See you again in another Coldplay’s concert. Adios.
Posted by Unknown at April 13, 2017 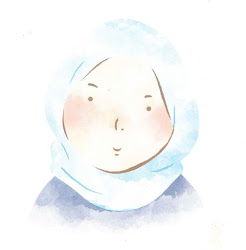